Tia was born and raised in Greeley, CO, and she recently graduated from Aims Community College. 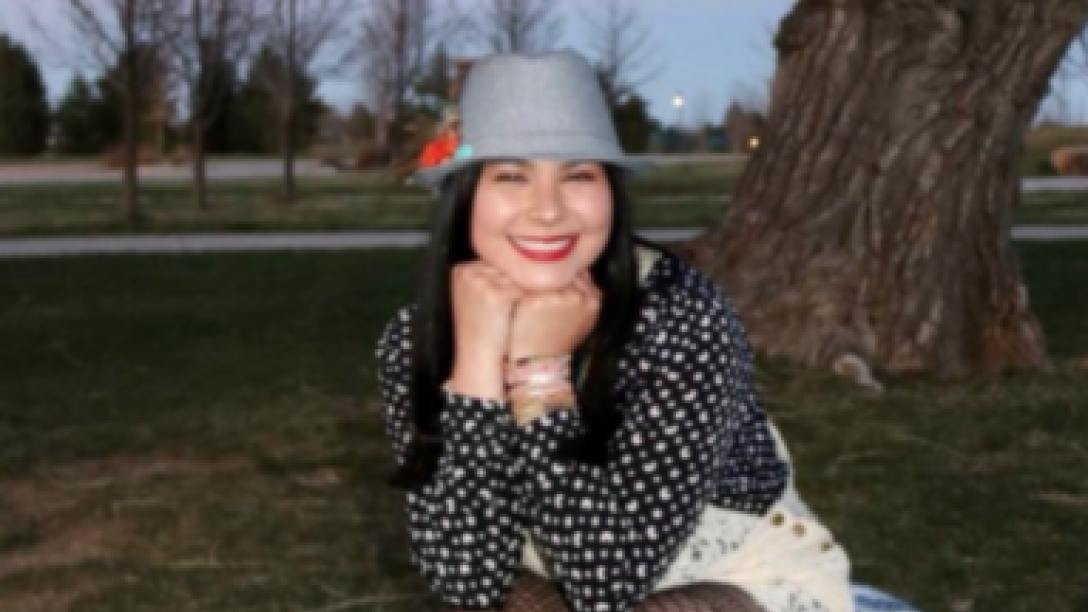 When she was younger, nobody believed that she would graduate from high school, much less be successful in college. Tia came from a broken home and was labeled “troubled.”

When Tia was 13 years old, she had an altercation with her mother that landed her in court. After 7 months, the judge on the case proclaimed that Tia was not guilty. Those words, “Not guilty,’” meant so much to Tia that it was a turning point. People who knew her said that she was more likely to end up in jail than get a diploma. She suddenly realized that she had possibilities, and that she had some control over her life. With a new focus, Tia was determined to finish high school. Then she enrolled at Aims in a Horticulture Management program.

College was exciting for Tia. She was in charge, excited, and the world opened up for her. She was studying things that were interesting to her.

Tia worked at Cottonwood Florist and a private farm while she was a full-time student at Aims. She was motivated to get the education that she needed to create a good life for herself. When she came to the point where she needed a botany class that wasn’t available at Aims, she entered into a transfer agreement with CSU and took the class there.

One day, soon after Tia had celebrated her 20th birthday, she came home to find her father unconscious and not breathing. In spite of her efforts, and the efforts of the medical professionals, he father died. Her father had been loving and supportive of Tia, so losing him was a shock. Tia’s response to this tragedy was to became even more determined to finish her degree program.

While Tia continued to study Horticulture, she found time to pursue other interests as well. She has studied fashion design on the side, and is proud of her clothing designs. Tia has incorporated that interest into her horticulture by envisioning clothing that is made from hemp, a natural fiber that is much more efficient to grow than cotton.

Tia responded to challenges and adversity with increased determination. Her tenacity is commendable, but without her openness to accepting help from others, she would not have been able to reach her goals. She could have been a burden to society, but she decided to turn her life around and become an asset, and scholarships have made it possible for her innovation to thrive.

Tia is currently attending CSU and continuing her horticulture management studies and fashion design. She appreciates the scholarships that made it possible for her to pursue her dreams at Aims, and is thankful for the people that donated toward her scholarships.

Tia’s advice to younger people about creating their future is: “Know that you are worth all that you desire, and there is support out there for you, but it’s up to you to know yourself and get comfortable with sharing your story and who you are.”